Japan - The collapse of a saddle dam in the Xe Pian-Xe Namnoy hydropower dam under construction in
Attapeu Province in southern Laos on July 23, 2018, caused severe damage to the villages
downstream, leaving at least 48 people dead, 23 missing, and more than 7,000 displaced. In
addition, the inflow of water into the Sekong River forced 25,000 people to evacuate in downstream
Cambodia. Now, nearly one year since the collapse, people in Attapeu are still displaced, and there
has not been adequate compensation for the livelihoods lost due to the accident. There is a strong
desire on the part of the displaced people to recover their previous ways of life. 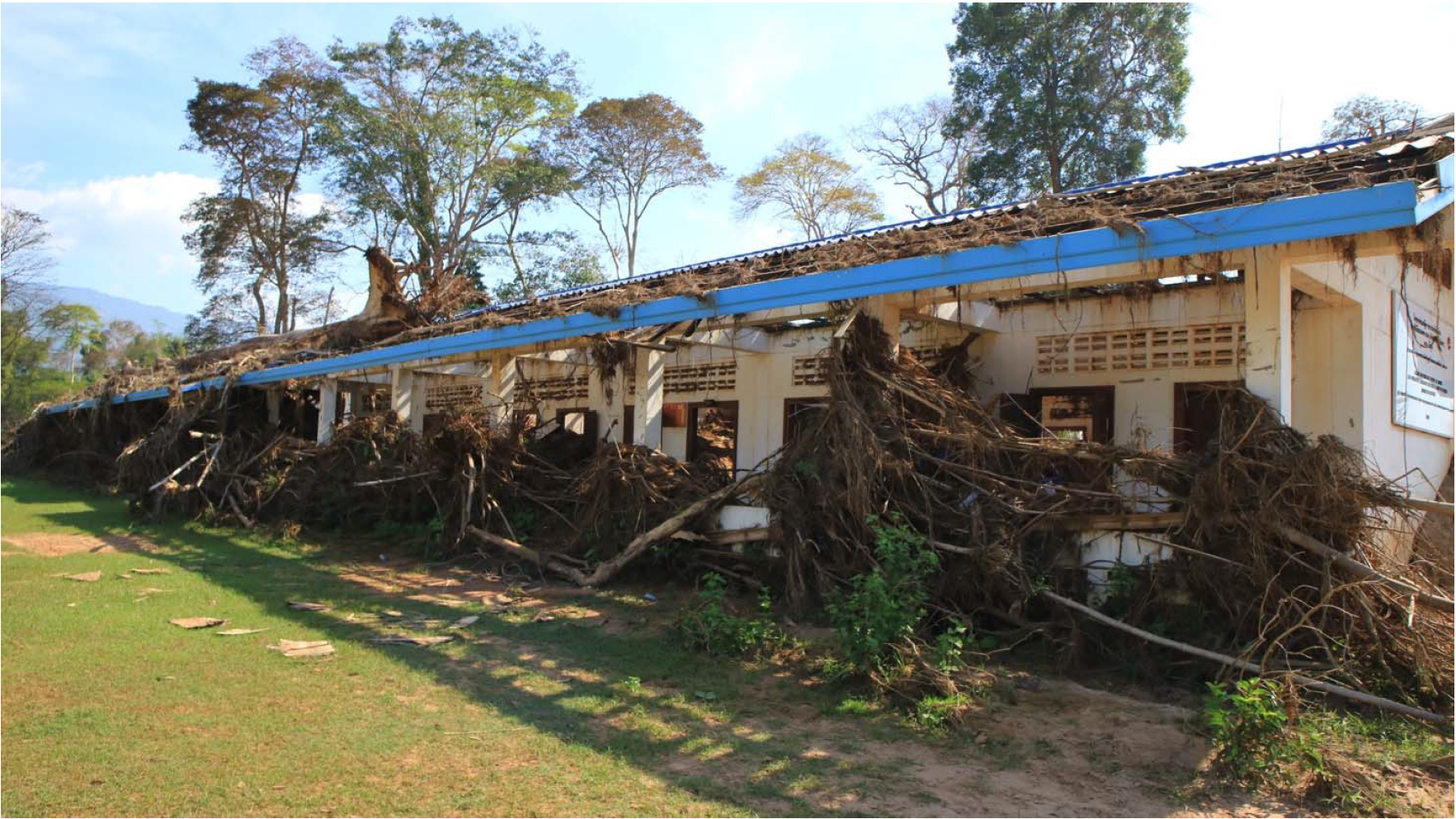 Laos is a land rich in biodiversity and natural resources, and the many rivers that flow there supply
35% of the total discharge of the Mekong River. A river not only is an important source of livelihood
for local residents but also symbolizes the identity of the local community, but dam construction in
recent years is threatening such livelihoods. The Lao government aims to establish Laos as the
“battery” of Southeast Asia by exporting to neighboring countries electricity generated by dams.
However, dam construction is causing adverse impacts such as forced relocation and degradation of
natural resources. At the same time, affected local residents do not benefit from such construction,
as is often the case with local people affected by development projects. Although consultation that
ensures meaningful participation regarding changes to living conditions due to dam construction
should be conducted, it cannot be said that there is sufficient opportunity for such consultation.

The Xe Pian-Xe Namnoy hydropower project is a build-operate-transfer (BOT) project implemented
by the Xe-Pian Xe-Namnoy Power Company (PNPC), a joint venture formed in March 2012 by SK
Engineering and Construction (SK) of Korea holding 26% of the stakes, Korea Western Power
Company (KOWEPO) and Ratchaburi Electricity Generating Holding (RATCH) of Thailand, each
holding 25%, and Lao Holding State Enterprise (LHSE), a Lao state-owned enterprise holding 24%
of the stakes. SK led the dam construction, with plans to begin operation in February 2019. 90%
of the electricity generated will be exported to Thailand.1 In addition, LHSE has received a loan of
approximately 80 million USD from the Economic Development Cooperation Fund of Korea with an
interest rate of 0.025％.2 Further, MUFG Bank holds 76.88％ of the shares of the Bank of Ayudhya
which is one of the Thai banks that lend to PNPC.3

Who should provide compensation for the damage caused by this kind of large-scale development
project involving multiple participants in an emerging country? The company that was actually in
charge of construction, SK, should be held responsible as a matter of course. However, the
accident occurred as part of a series of hydropower projects being promoted by the Lao government,
and in this regard, the responsibility of the Lao government whose duty it is to protect the rights of its
citizens should also be considered. In September 2018, the Lao government stated that it would
pay 12 USD per month to each of the affected residents, but this amount is not sufficient for those
who have lost their housing and most of their assets to live in evacuation centers. The construction
of temporary housing and houses in resettlement sites is also behind schedule, and the standard of
compensation for lost assets has not been made clear.

What responsibility, then, do the financial institutions that invested in a project assume? This
becomes an issue especially when, as in the case of the Xe Pian-Xe Namnoy project, it is difficult to
expect the government to provide sufficient relief to the affected people. The discussion on how to
prevent and mitigate adverse impacts that may be caused by large-scale development projects on
people’s livelihoods and on how to provide relief for the damage caused has led to the introduction of
international standards such as the International Finance Corporation’s Performance Standards on
Environmental and Social Sustainability, as well as the Equator Principles which applies the IFC
standards to private financial institutions. The UN Guiding Principles on Business and Human
Rights (UNGPs), endorsed unanimously at the UN Human Rights Council in 2011, are guidelines for
private enterprises in addressing human rights risks in their corporate activities and play an important
role. Given how much impact businesses have on civil society, the UNGPs, while recognizing that
states have the duty to protect human rights, clearly states that business enterprises also have the
responsibility to protect international human rights. In emerging countries, domestic law often does
not meet international standards. Previously, businesses operating in such countries focused on
complying with domestic law, which led to many instances of human rights abuses. Therefore the
UNGPs require corporations to consider human rights risks in their business activities in light of
international standards such as the Universal Declaration of Human Rights and ILO Conventions.
The responsibility of businesses specified in the UNGPs includes securing engagement by relevant
stakeholders, conducting human rights due diligence as a measure to identify human rights risks and
to prevent and reduce such risks, establishing grievance mechanisms to respond to complaints from
stakeholders, and providing remedy for harms caused.

MUFG Bank is involved in the dam collapse through the Bank of Ayudhya, a consolidated subsidiary
that is financing the project. MUFG Bank has published on its website their Human Rights Policy as
well as the MUFG Environmental and Social Policy Framework. Although these documents refer to
international standards such as the UNGPs and the Equator Principles as guidelines, the Policy
Framework does not apply to the Bank of Ayudhya. Further, there is no transparency and
accountability regarding any specific process of human rights due diligence, and no grievance
mechanism has been established to take up concerns by relevant stakeholders.

It is possible that the Lao government to continue with the Xe Pian-Xe Namnoy hydropower project
without significant changes even after the dam collapse. Given this, in order to ensure that such an
accident never happens again, MUFG Bank needs to follow its Human Rights Policy and work on
providing remedy through individual dialogue with the residents who were harmed by the accident,
as well as improve the effectiveness of its human rights due diligence.

In order for financial institutions to exercise their influence and to prevent and mitigate adverse
impacts on human rights caused by development projects that they are financing, it is necessary for
them to carry out human rights due diligence 1) at the time of financing and 2) during project
implementation. In the Xe Pian-Xe Namnoy hydropower project, even if MUFG Bank was not able
to do so at the time of financing, it is possible for MUFG Bank to implement human rights due
diligence during project implementation, which is the human rights responsibility that the UNGPs
require financial institutions to assume. In the present case, MUFG Bank should not only follow
domestic Lao law but also take measures based on international standards, for example by ensuring
sufficient participation by affected communities.

However, there may be adverse impacts on human rights even if human rights due diligence is
implemented both at the time of financing and during project implementation. In that case, MUFG
Bank should consider take remedial actions. The abovementioned Human Rights Policy mentions
only that MUFG Bank would respond in “an appropriate manner”, but specifically they should seek to
find the most suitable remedial measures for victims through the following steps.

1. Fully grasp the reality of the impact of the accident. In addition to holding a direct dialogue with
the affected people who are important shareholders, work with NGOs and other outside experts.

2. At the same time, encourage engagement by the Bank of Ayudhya, a subsidiary of MUFG Bank
and the main financing body of the Xe Pian-Xe Namnoy project, and fully support such engagement
as the parent company.

3. Conduct discussions on how to respond to the accident with the Korean government and other
relevant stakeholders. A large number of stakeholders as in the present case may well obscure
where the responsibility lies and thereby delay the provision of remedy. Actively take initiative to
avoid such a situation and to ensure that relevant stakeholders take coordinated action.

4. With the consent of the other parties, publish information about the measures mentioned above on
the MUFG Bank website to ensure transparency and accountability.

6. Establish a grievance mechanism for the purpose of identifying, preventing, and mitigating human
rights risks as part of human rights due diligence, to fulfill the requirement stated in their existing
policy.

7. Establish an individual grievance mechanism for each of the same type of projects currently
underway in order to prevent similar situations from occurring.

Specifically, Japanese private financial institutions should undertake the following when engaging
with foreign banks through acquisition and other forms of investment:

1. Clearly state in their human rights or other policy statements that they will urge the target bank to
comply with the UNGPs.

3. At the time of acquisition, conduct due diligence regarding human rights risks in the projects
financed by the target bank.

4. After acquisition, adequately monitor whether there is human rights consideration in light of the
purpose of the UNGPs in the preexisting projects financed by the acquired bank.

5. Establish effective grievance mechanisms with which residents that are or may be affected by the
corporations or projects receiving their investment or lending may file complaints.

The executive Summary of the report (English,PDF)

The full report (in Japanese)