FFG Belgium are calling for government regulation of the financial sector to stop the flow of money to companies responsible for environmental disasters.

They are calling on the government to actively pursue a ban on investments in commodity-exploiting companies operating in the polar region, in particular mining and oil and gas companies, and in ending investment in fossil fuels in general.

Above: Massive 20,000 tonnes leak of diesel in Arctic region caused by Norlisk Nickel.

The call follows FFG Sweden and FFG Netherlands reports that ING and other major banks invest millions in Norlisk Nickel - the company behind the recent devastating diesel spill in the Arctic that has been declared a national emergency in Russia as it has polluted two major rivers and is spreading towards the Arctic Ocean. 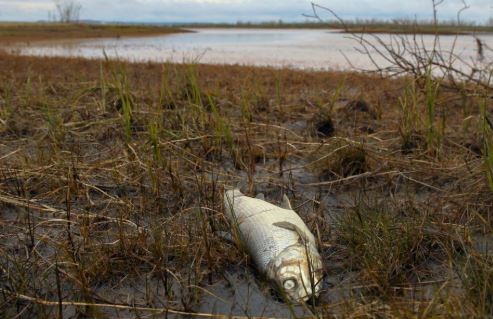 They also want to see mining and oil and gas drilling (on and offshore) included in the proposed extension of the EU 'brown' taxonomy on activities that significantly damage environmental objectives.

FFG Belgium through the 'Move your money' campaign are calling on ING customers to close their accounts with the bank given its failure to curtail investments in Norlisk Nickel despite its record of causing environmental damage.