The Fair Pension Guide Netherlands has assessed the Dutch pension sector on CSR issues for the second time, and found that responsible investment policies continue to be hugely inadequate.

The methodology of the Fair Finance Guide International, on which the assessment was based, is the most comprehensive ranking methodology worldwide on ESG issues. It covers private banks in 11 countries and now extends to pensions funds.

Since 2019 when the Dutch Pension Funds were first assessed as failing to have responsible investment policies, the Funds have added more policies to safeguard against investments that harm people and planet. However greater accountability is still needed.

Dutch Pension Funds invest billions in companies that through their operations have widespread impact and influence around the world. The Fair Pension Guide Netherlands assessed the publicly available investment policies of the ten largest Dutch Pension Funds across 15 diverse themes such as climate change, human rights and environment. In total, 44 scores went up compared to last year because of policy improvements made by the Funds. “Some really low scores are now creeping up towards the sufficient, but the Pension Funds still have a lot to do before we can talk about a sustainable pension sector. The sector manages a total of 1,400 billion euros and can really make a difference worldwide.” says Cor Oudes of PAX, on behalf of the Dutch Fair Pension Guide.

The funds implemented 23 improvements in their investment policy to combat climate change, the majority of which were by ABP, the biggest pension fund in the EU. Thanks to those improvements, ABP now scores the highest of the ten funds for climate, but it still only scores 4 out of 10. One of the reasons is that ABP shows too little ambition in phasing out oil and gas investments.

All the Pension Funds continue to score very poorly in the way they account for the environment and animal welfare when investing. Across the board the Funds hardly consider the negative impact that companies can have on biodiversity. In addition none of the funds recognize even the most basic values ​​regarding animal welfare. All funds therefore score just 1 on this topic - the lowest score. The only positive in this area is that Metal and Engineering Funds PME and PMT decided to stop investing in fur-producing companies. BPL Pension had already excluded those companies. 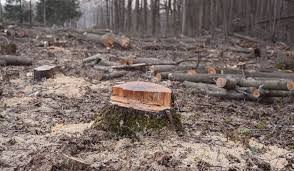 Some progress but more required

Overall Pension Fund PMT achieved nine higher scores due to improved policies, whilst eight scores increased for ABP, BPL Pensioen and Pensioenfonds Horeca & Catering. Progress has been made by ABP, BPL Pension and PMT on their human rights policies and so these Funds have moved from a very low score on this topic to a higher one, however PMT is still the only Fund to achieve a satisfactory score of 6 for human rights.

Half of the Funds now score an ‘almost sufficient’ for labor rights, in the main because they adhere to international guidelines requiring, for example, that companies ensure safe working conditions. In addition, four Funds, including the Pensioenfonds Horeca & Catering, developed more and better policies with regards to health. However, none of the Funds has scored satisfactory on that topic either.

Not all Funds improved their policies however, the Transport & Logistics sector Pensioenfonds Vervoer made virtually no improvements.

Read the English summary of the report here.

Check the scores and the Dutch report.